Pulang (means "Going Home") is a short animation about an Indonesian family who lived in France for a few years.  It tells a story about they moving back to Indonesia.  They call it "going home" while it was actually the daughters' first time visiting Indonesia.  The story was told from the youngest daughter's perspective who was 4 years old, so the reality and the imaginations got mixed up. 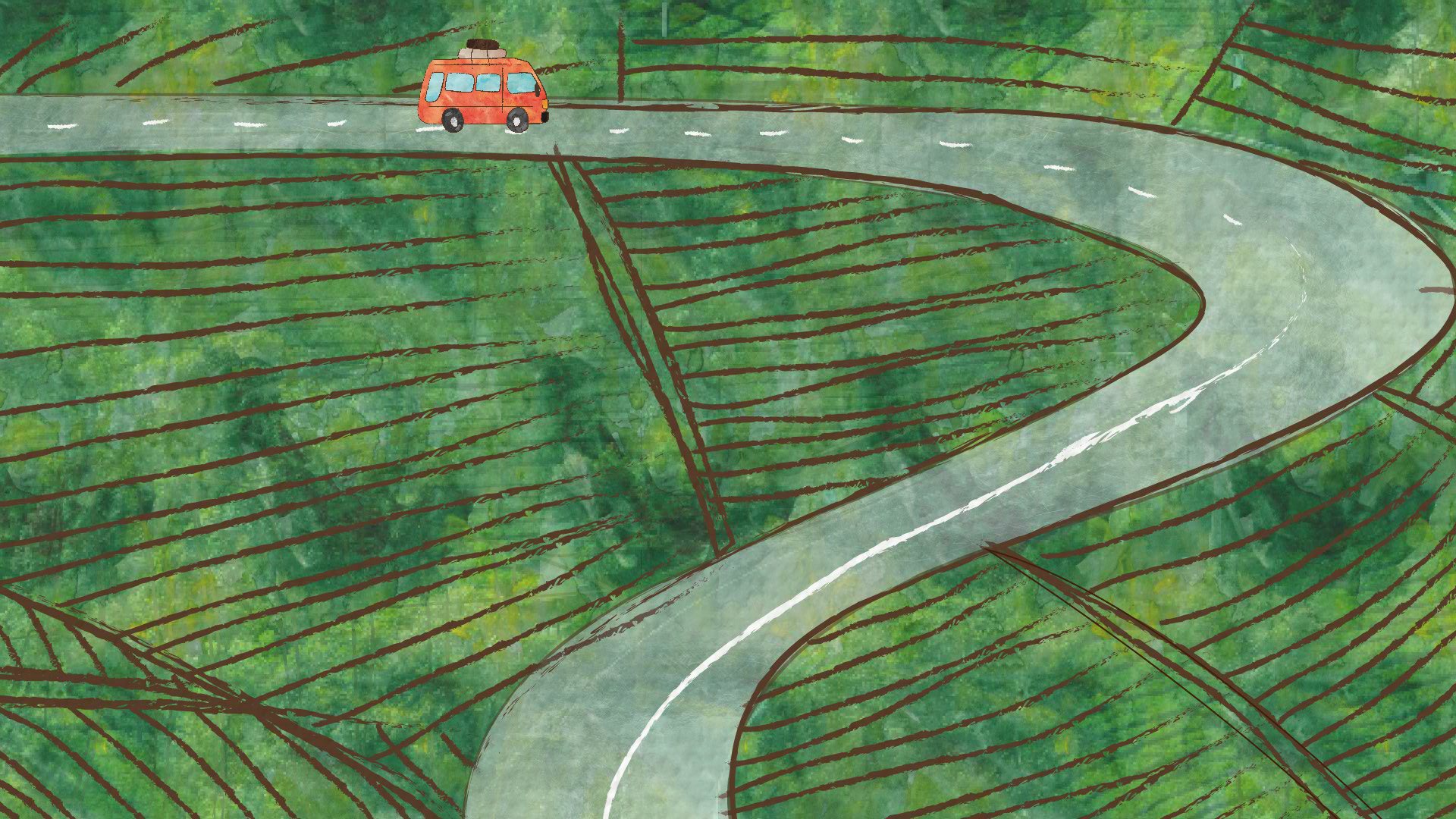 The project started back in 2014 when Institut Francais Indonesia, Goethe Institut Indonesia, and SAE Institut made "Animation 3" program, in which they selected 3 animation proposals from Indonesian animators about journey and made an animation workshop with mentors from German (Jakob Schuh) and France (Bastien Dubois and Julie Nobelen).

"Pulang" was one of the project selected, along with "Roda Pantura" (by Hizkia Subiantoro) and "Sarimin" (by Johan Tri Handoyo).   As a part of the program, Johan and Dessy were sent to visit Dok Leipzig 2014, while Hizkia was sent to Annecy 2015.  There was also Rio Sasongko, another participant from the past program (2013) join the workshop at SAE Institut, Jakarta.

Since the story is a little bit personal, it was decided that "Pulang" would be a self-funding project.   But there was an unexpected situation, the company where Dessy work sold their building, which made her moved to another town and literally "going home" to her parents' house.  The company's decision change the whole gameplan that the project become a lower priority.

After a few months the situation gets somewhat stable and the animation project was restarted.  But it's not without problem.  The original script was written in English and although Dessy is an Indonesian language native speaker, she found that it was harder to write narration in Bahasa.  The script changed at least 15 times, and the designs changed quiet a lot of times.  During the process, her laptop's keyboard broken, so she had to finish it with  the broken keyboard.

Finally, in July 2016, the animation is finished, with a lot of help from her friends and colleagues.

The animation has it world premiere at Dok Leipzig 2016, Leipzig, Germany during the animation for kids programme.

Later the animation also included in Ambulante Festival in Mexico and Colombia.

Bastien Dubois, Jakob Schuh, and Julie Nobelen as the mentors

IFI, Goethe Institut, and SAE Institut who made the workshop

Sandi Mardiansyah as the sound editor and music composer

Norma Aisyah for the sketches

Sanny Cicilia Simbolon, to be my first friend in Indonesia

Om Dono, who take me to the school by his vespa